Ford Mach E performance: almost as fast as the Shelby

Do you like performance but don't think an electric car will meet your needs? Think again because the Mustang Mach E Performance makes it possible. Better yet, it's so fast it's only a few steps away from the Mustang Shelby GT500!

Imagine a modern vehicle like the Mach E, with its unique silhouette, capable of reaching 100 kilometres per hour in less than 3.6 seconds! All this, let's remember, without ingesting a single drop of gasoline!

You know the Mach E GT, already popular. It still makes spectacular power, with 480 horsepower and 600 lb-ft of torque, the equivalent of the V8 coupe, with an additional 180 lb-ft of torque. Now add a little muscle to the mix.

Performance editions get recalibrated engines that deliver an additional 34 lb-ft of torque, as well as a track-oriented setup for the all-wheel-drive system for better grip. Braking isn't a concern, as the vehicle comes with red Brembo brake callipers, unique 20-inch wheels with Pirelli performance tires and MagneRide damping that literally glues you to the road.

As a small detail, both versions of the GT also have an unbridled mode, which is, of course, reserved for track use. This significantly reduces traction and stability control and brings a bit more simulated engine noise into the cabin.

An important detail is that the Mustang Mach E GT and its Performance version also have an impressive range. We're banking on the 88-kilowatt-hour usable battery, the largest offered with the Mach E. So we're offering a significant range, even if we add a little weight. For the recharge, the GT follows the others with a maximum capacity of 150 kilowatts, or it will be possible to go from 10 to 80% of energy in 45 minutes. For a complete recharge from 0 to 100% in a regular 240 V/40 A outlet, we're talking about a little less than 11 hours, while in a 240 V/30 A terminal, we recover in 15 hours.

Thus equipped, the Mustang Mach E GT has a full range of 335 kilometres.

So, you're still hesitating to take the plunge into an electric Mustang? Think again; you're missing out on a lot of fun. Contact your Lincoln Heights Ford advisor for all the details. 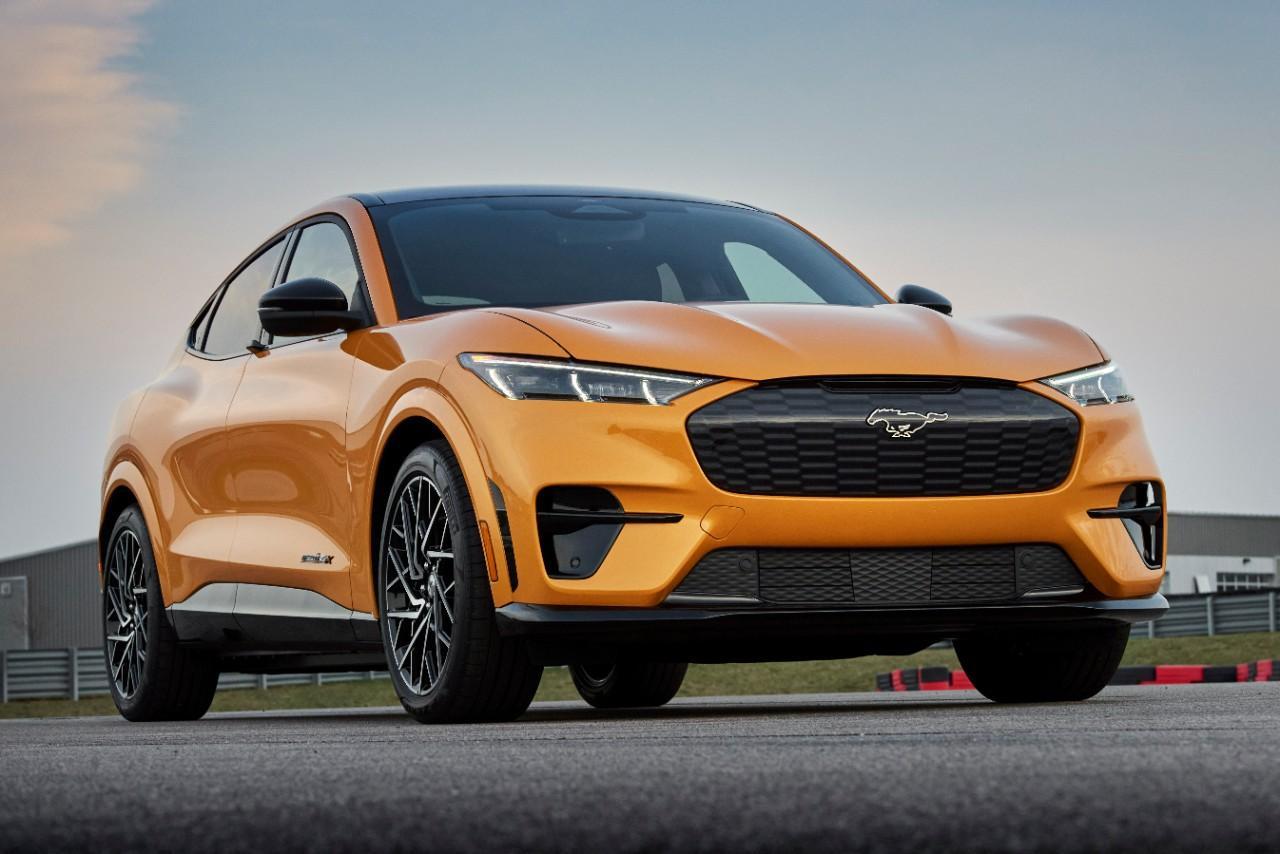